“Turning Points, Toy Theater” was hosted by the Museum of Contemporary Art of San Diego and Funded by The San Diego Foundation. On December 20th 2012, ten student groups, of five students each, presented miniature toy theater performances with hand crafted originally designed paper puppets. Students learned to manipulate their puppets in relationship to custom animations, sound, and video works (all produced by the students). Throughout the creative process, groups received mentoring from the professional puppeteer company, Animal Cracker Conspiracy. In the end, the goal was to recreate and interpret critical historical turning points from the last 150 years in the hopes that these creative stories would stimulate new dialogue about old stories. In order to tell the story with puppets, each student group picked their own topic to investigate, and each member of the group wrote a research paper investigating a unique aspect/angle of their turning point topic. Building on each group members’ knowledge, students were able to create interpretive and comprehensive toy theatre shows. Below are stills from their performances as well as video with clips from their rehearsals. At the very bottom of this page you can also click to view extended image galleries of their performances, mixed media design process and download the playbill with student writings. Download the performance playbill here. 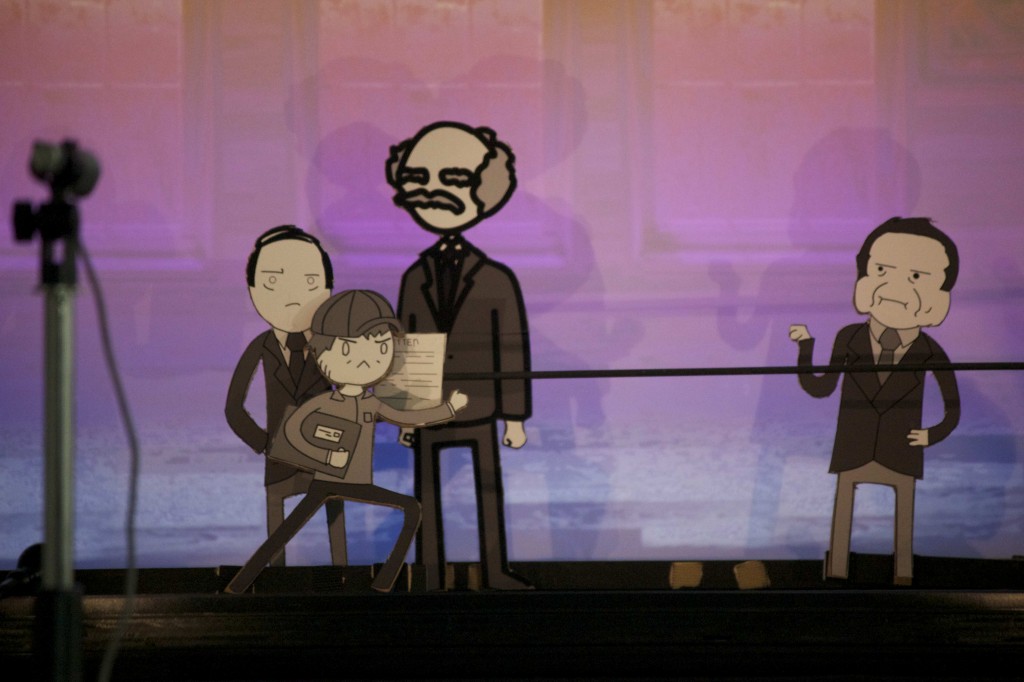 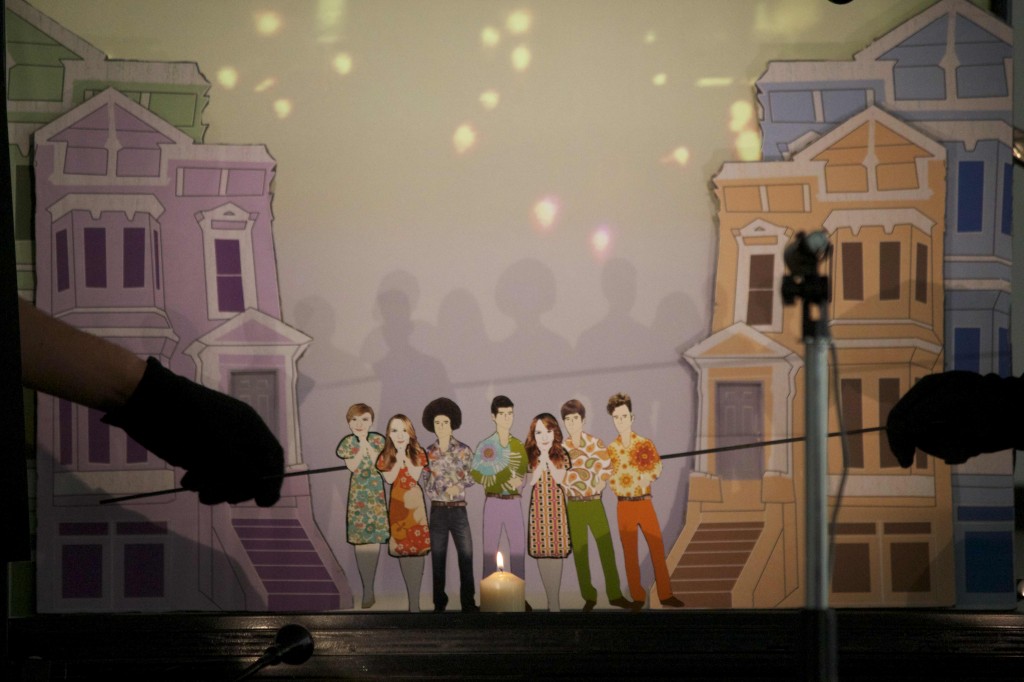 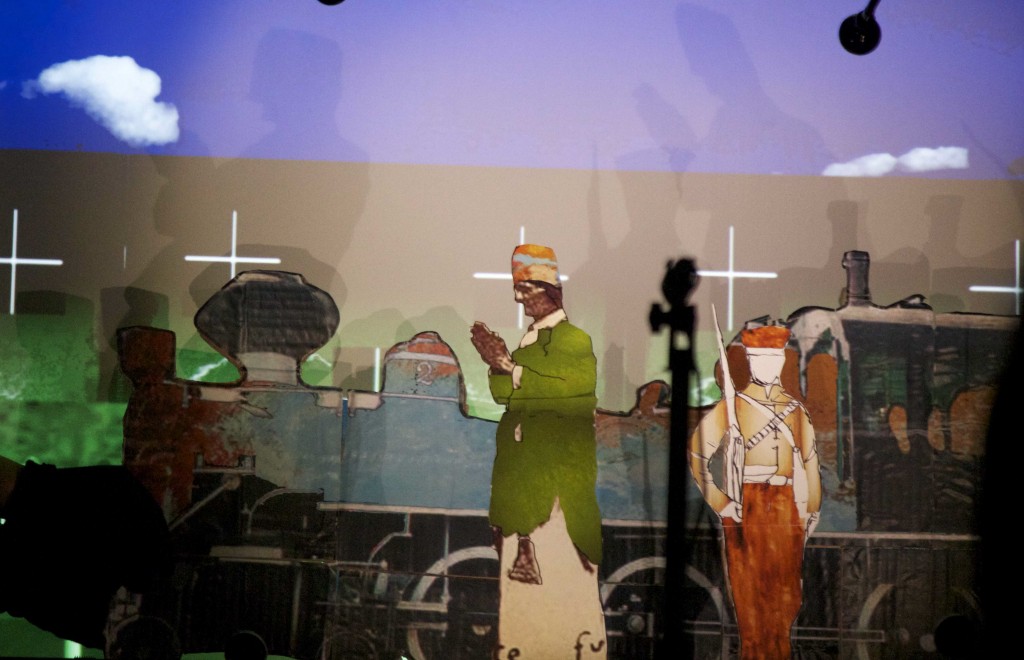 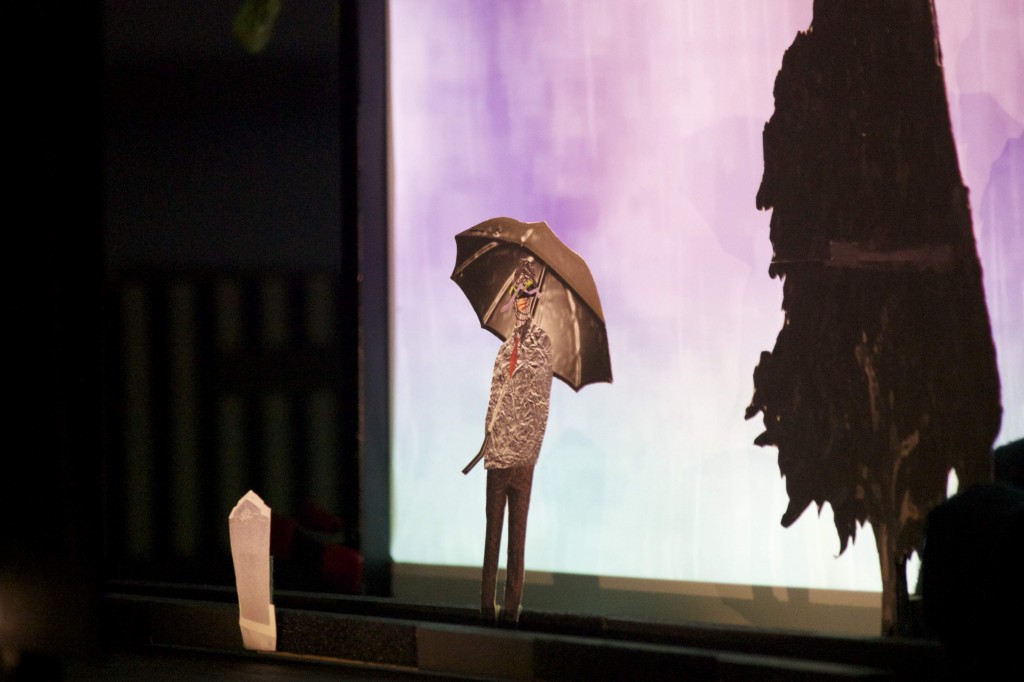 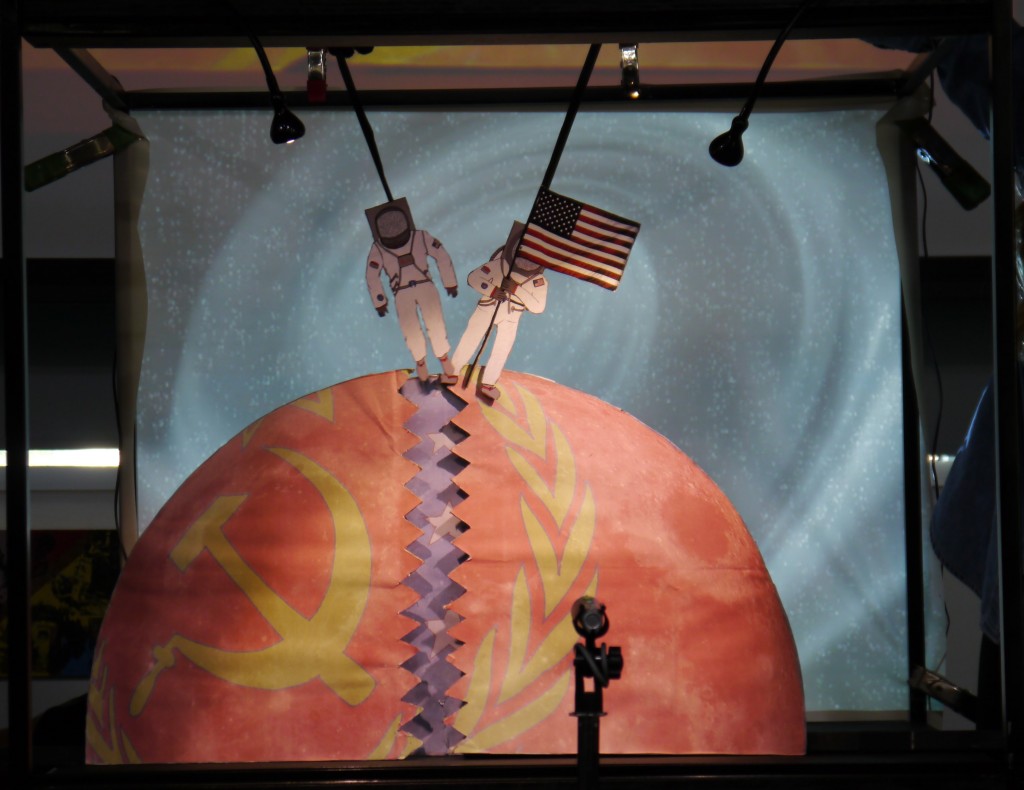 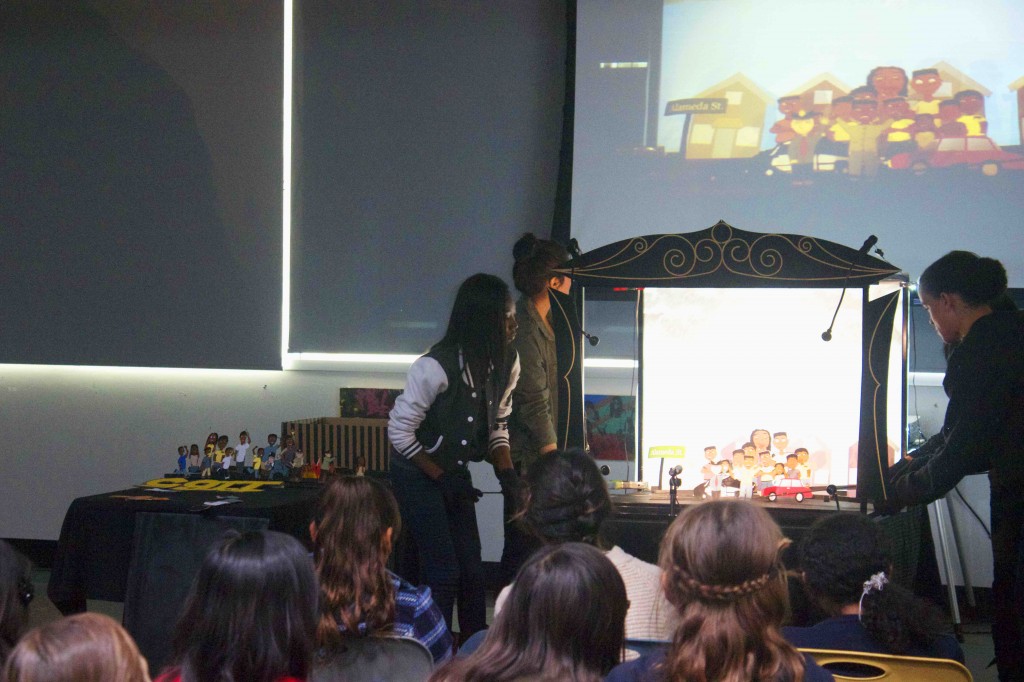 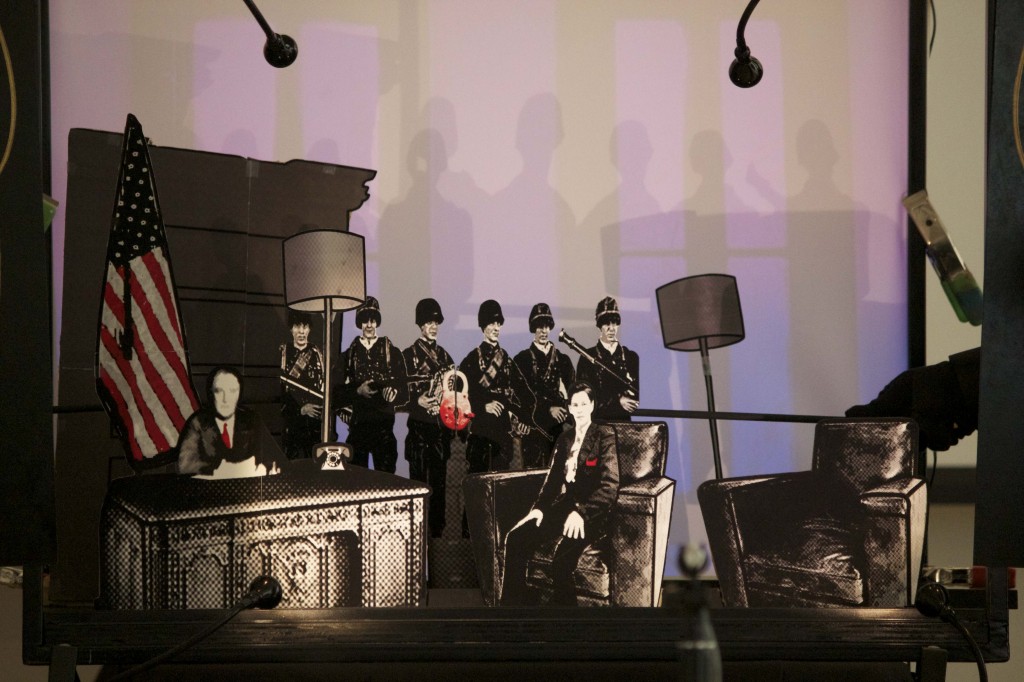 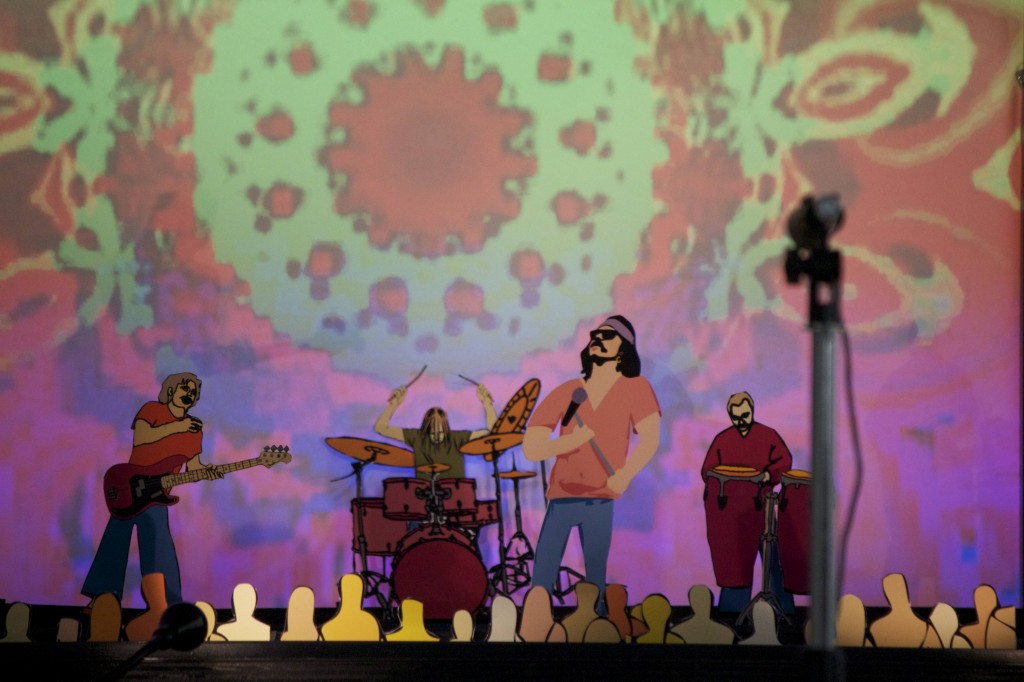 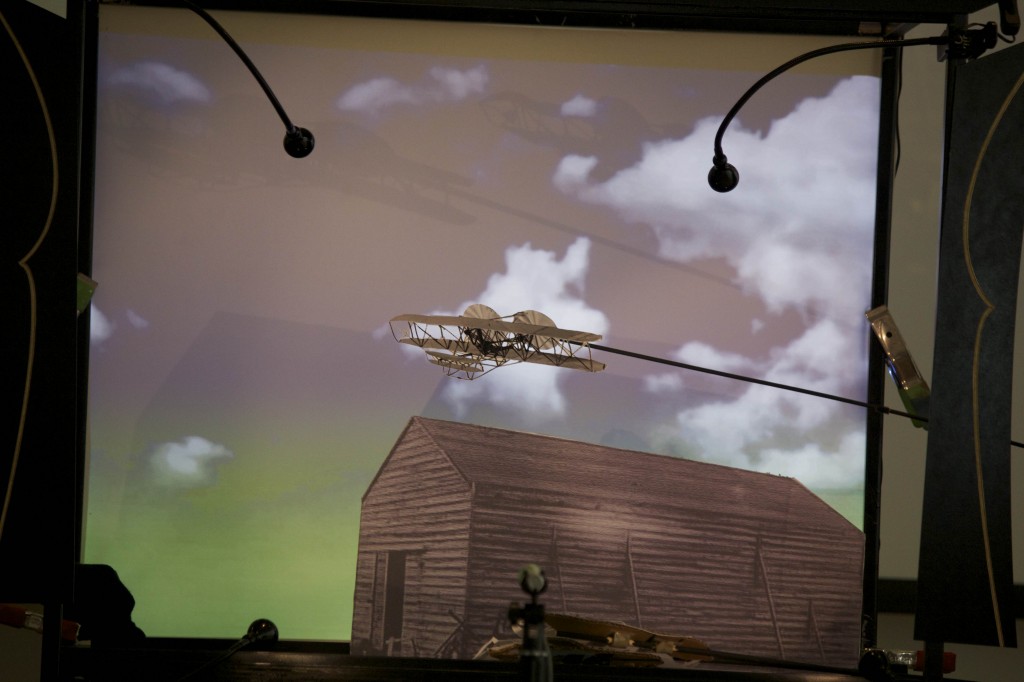 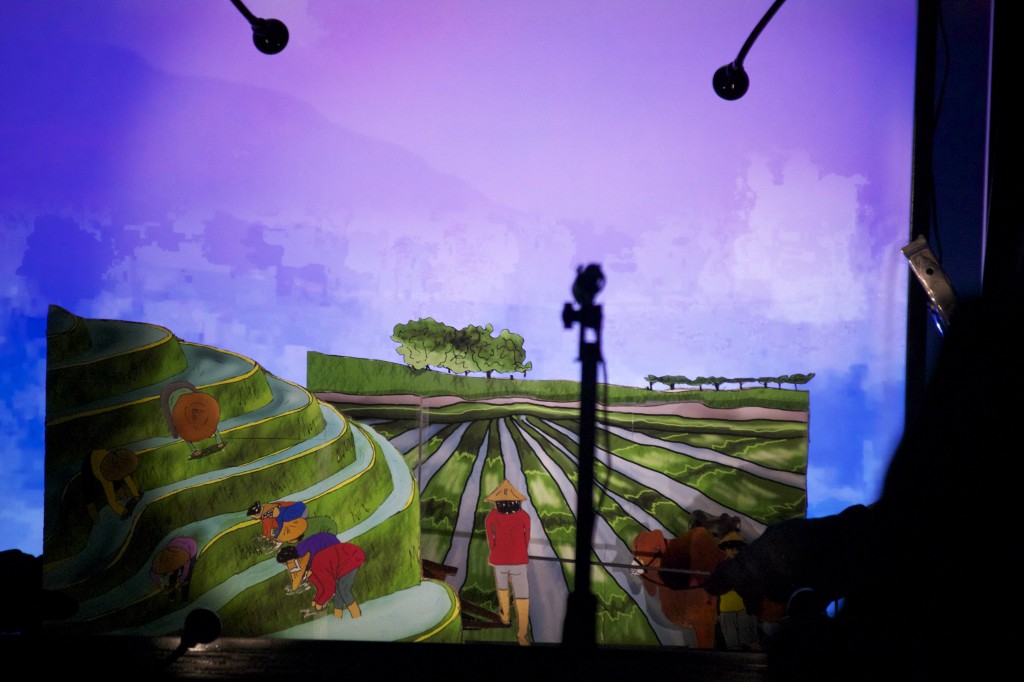