How does design shape our belonging in this world?

Not just a pretty picture, the products of design permeate every aspect of our human experience. From the food we buy to the spaces we inhabit – design influences how we see the world. On one level design calls our attention with its form and flair. But, if we look deeper, we also find that design is intended to serve people. What if you wanted to go on a magical Disneyland ride but the flickering lights caused you seizures? What if the street signs to your home were printed in colors you were blind to? What are the consequences of a public transit system that only serves certain neighborhoods? Does every design you experience serve you?

For this curriculum, students were inspired by the books: Mismatch Design  by Kat Holmes and The Politics of Design by Ruben Pater. Students were also honored to have Kat Holmes speak in their class over Zoom.

For projects, students illuminated the power of embedded messages in works of design by producing interactive infographics using the programming language Javascript (p5js). All work was done remotely with open source design websites due to the Covid-19 quarantine. Most students were first time computer programmers. 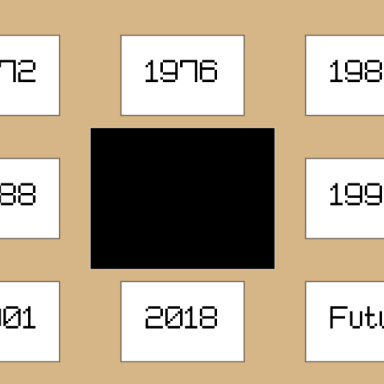 For several years gaming controller designs have continuously excluded those with disabilities. This was until 2018, when Microsoft released an adaptive controller. However, I feel that most design controllers can be even more inclusive. In recent years, video games have grown in popularity and with this increased interest in gaming, it is only fair that we should include those who don’t fall under the “average” person’s size or shape. I can’t personally say I  know what it is like to be excluded from an activity because of it’s design but including everyone should be a priority. For my project, I decided to do a simple timeline, briefly going through the evolution of consoles and their controllers. Each console has a red ellipse bringing your attention to the controller, showing how the need for hands continued throughout the years.  Project linked here.

Culture Not a Costume by Keana Wolcott 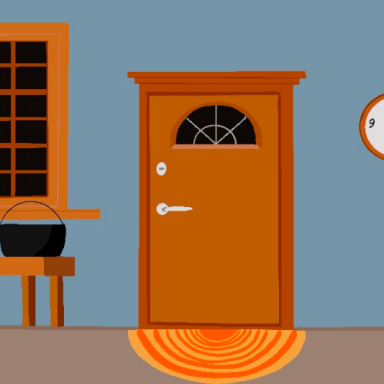 My project shows the harm and disrespect that can be created from Native American, Halloween costumes. It shares clippings from articles which explain the prejudicial behavior created by people wearing these costumes. I think this topic is important because as the years go on, I feel that people must open their eyes to cultural appropriation and racism. Project linked here. 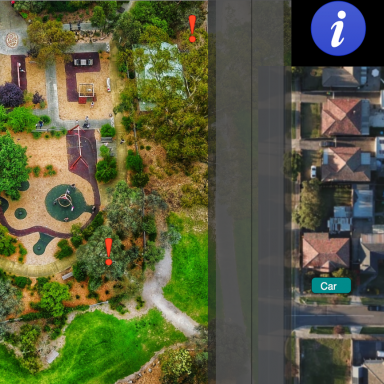 My coding project is about racist architecture and how it works in cities to legally segregate certain neighborhoods. In particular, I am referencing the architect Robert Moses, who was an extremely racist, civil designer for the cities of New York and Long Island. This problematic system still leaves its mark on today’s society. This topic matters to me because addressing this problem will help us dismantle the racist system that still lurks in America. My project will be an illustration of the deconstruction of a bridge which blocks a neighborhood from having access to a public park. Project linked here.

Not Just a Bin by Samantha Stenzel 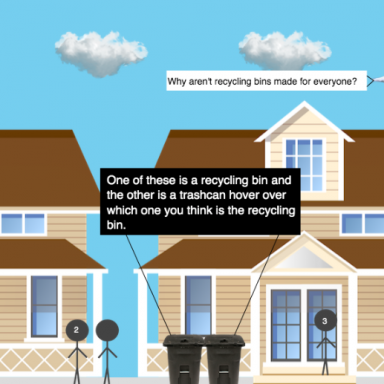 For my project, I am focusing on how people who are visually impaired have a hard time recognizing the difference between trash cans and recycling bins. These bins are usually built for people who can see because the way to tell them apart is by the color or wording on the front. When it comes to a park or a public place we need to make sure everyone has an equal opportunity to recycle. This topic is personally important for me because I care a lot about recycling and the environment. I believe that everyone should have an equal opportunity in everything, and if something is open to the public, it should be able to work for everyone. Project linked here. 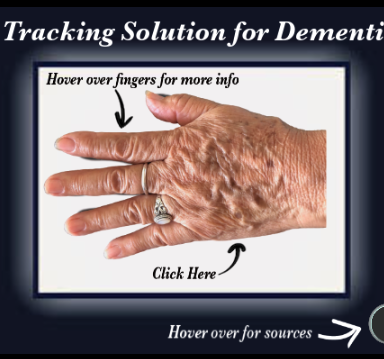 Microchip implanting should be more focused on the needs and life-threatening situations in people with dementia rather than personal convenience. This technology would bring endless possibilities for maintaining their well-being and safety. Once accessible to families with a family member affected by dementia these microchips may prevent a disastrous situation and even save lives. This topic personally matters to me because my grandpa has been dealing with dementia for a few years now and as it’s progressing it has definitely put a toll on my family emotionally and financially.  Project linked here. 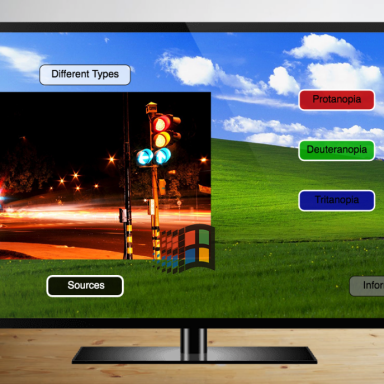 For my project Monitorial Colors, the topic is monitors/televisions and how people with colorblindness can be at a potential disadvantage when looking at color filled programs. Colors are potentially unable to be seen and thus details can not be seen to the user, creating a disadvantage. This topic matters personally due to the amount of time I spend looking at monitors and screens per day. I could never imagine having color blindness and having to look at video-games and programs differently and being at a possible disadvantage. Project linked here. 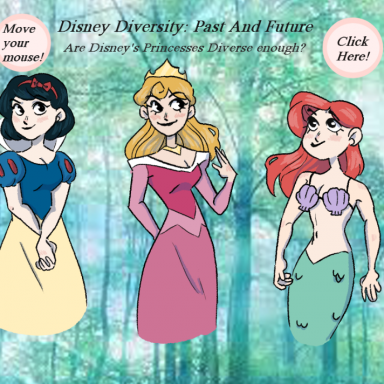 My project explores the diversity of character design in major companies such as Disney. This company has a history of catering to white audiences when we know the world is a very diverse place.  People will always see themselves in well written characters despite appearances, but being able to see themselves, their culture and their preferences is even more powerful. Animation is my passion and I have immense love for the characters that I am critiquing. Project linked here. 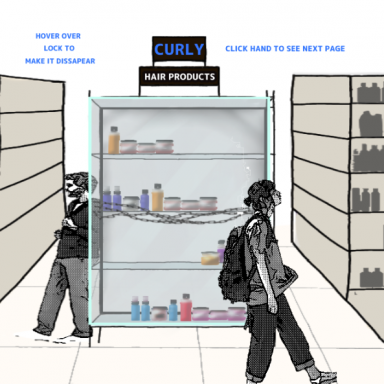 My project is about discrimination in retail stores. Walmart is known for locking up certain hair products while keeping other products unlocked. Since these locked products mainly cater to black people, this practice shows that Walmart is racist.  I am part of the black community and I have curly hair. Naturally, I would need to use and access these products. Going to a store and seeing things I need locked up makes getting something small really very difficult. Knowing the reasoning behind it also hurts me deeply and reminds me how we are still constantly discriminated against. Project linked here.

The Mirror Problem by Donnie Sullivan 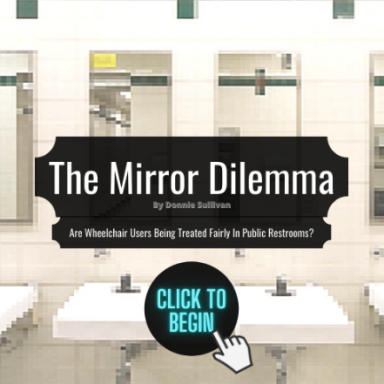 My project focuses on the bad mirror designs in public bathrooms. Many people in wheelchairs can’t see themselves in public mirrors because the mirrors are too tall and built for the average human. I’ve volunteered in summer camps before with kids in wheelchairs, and I feel like more attention should be brought to this subject. Even if it seems like a small thing that not that many people notice, it is very noticeable for wheelchair users. Project linked here.

Fresh Food for All by Elle Davis 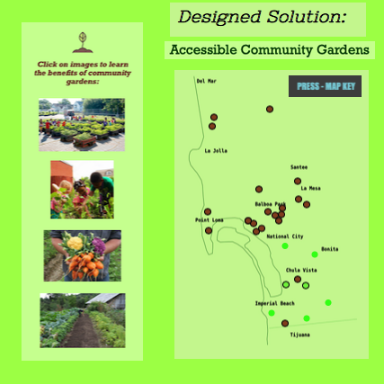 Families in low-income communities have less access to fresh foods – this is because of a lack of grocery stores in general in their neighborhoods. The types of stores more commonly found in neighborhoods of lower income tend to have much less or no supply of produce such as fresh vegetables, or any variety of inexpensive and healthy meal options. These families usually are having to purchase the unhealthy groceries, because they are left no other choice. In turn, this leads to a health gap. This topic is important to me because I do believe this is very unfair for those living in neighborhoods with less grocery stores and healthy food options. I believe that income and location should not be correlated to one’s diet or health. I think that in creating an abundance of community gardens in specific neighborhoods, families will have more access to inexpensive and healthy meals by growing their own fresh produce.  Project linked here. 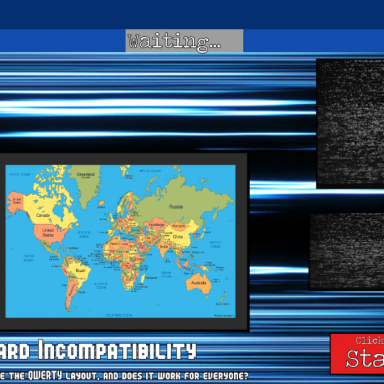 In my project, I visualize the design hierarchy of a keyboard, and how it has mostly served English speaking countries over time. With this inconsistency in adaptations, non-English users are forced to compromise their type-written words due to missing letters and scripts. This topic personally matters to me because as someone who enjoys to work on and repair computers, I never before realized the disparity that occurred since the Qwerty layout’s inception in 1874. Project linked here. 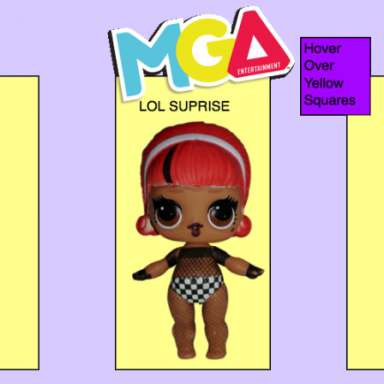 Lol surprise dolls are dolls with exactly that “surprise”. Parents and guardians are figuring out what the name for these dolls really means, “surprise lingerie”. Parents found that when they dipped their children’s toys in water they appeared in inappropriate skimpy outfits that had never been stated on the packaging when purchased. I think that most people can agree that this toy product which sexualizes young children isn’t okay. I think that because it’s such a “weird” or uncomfortable topic, people can stray away from wanting this problem talked about. So, I thought it would be best for me to tackle this important issue. Project linked here.

The Bad Side of Design by Rodrigo Vivar 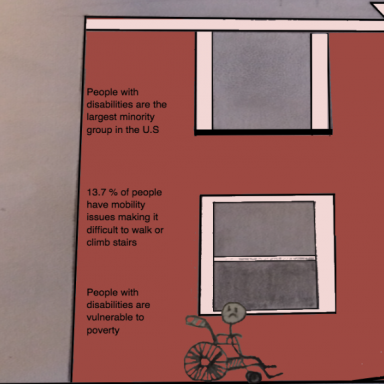 My project focuses on the design of buildings, specifically my apartment building. The issue that I talk about is how the design of a building can negatively affect people with disabilities, such as people with wheelchairs, or others who can not use stairs. This topic is important because I believe that everybody should have access to the same building and resources, regardless of disabilities. If we do not expose this issue, the disabled will still be denied the same opportunities in life as the rest. Project linked here. 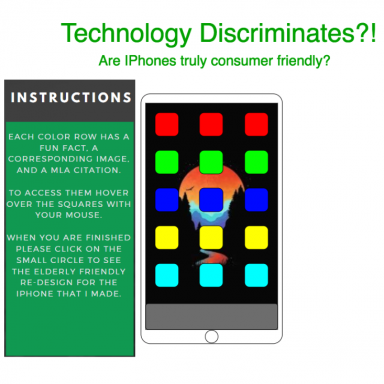 My project is about helping the elderly and how they have a hard time understanding new technology. From all the small apps to a confusing layout, settings on the iPhone are not user friendly. Why this project matters to me is because all of my life, I have seen or been around the elderly and a lot of them struggle with simple iPhone tasks. So with my project redesign, I wanted to make something that was complicated for them and turn it into something they can really use. Project linked here.

The Problem with Walkers by Natalie Waltz 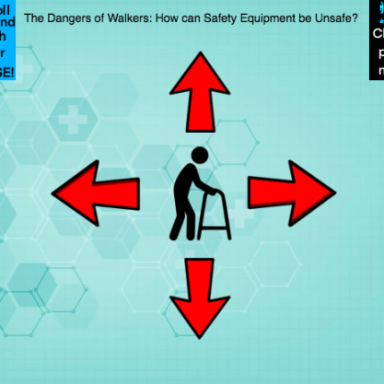 While walkers are widely used and can accommodate many disabled individuals, they also come with a few problems that can’t be overlooked. From being hard for those with memory issues, to just being clunky in certain areas, the walker definitely has some core flaws that should be examined. My mom was in a walker after being in the hospital, and her struggles and walker inspired me to pursue this topic. I wanted to see how walkers really affect people. Project linked here. 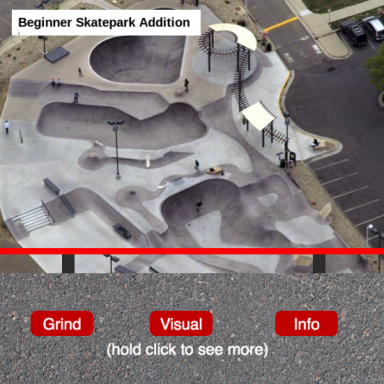 I wanted to create a place where beginner/younger skateboarders can learn faster and be able to motivate each other in an appropriate skate environment. This was important to me because being a beginner is the hardest part of the sport and it’s the area where people struggle the most. At this point one might accept failure if they have no support and I want to push discipline upon younger people because skateboarding has taught me some of the most beautiful lessons due to my will to continue. Project link here. 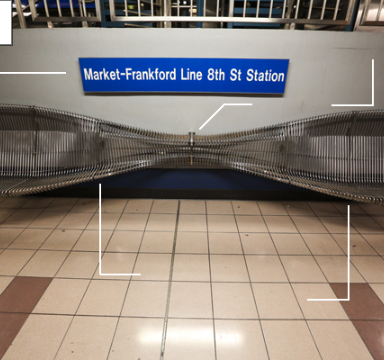 My project is about hostile architecture, what it does, and how you can see it. Hostile Architecture is something that discriminates against the homeless and does not fix the problem. This topic is important to me because I feel that it is unjust that our society spends so many resources to hide and blame the homeless rather than help them. Project linked here.

Comfortability at School by Jorge Tenorio 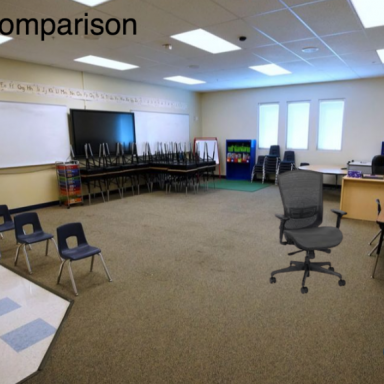 The subject matter is about seating at schools. I’ll researched the negative effects of poor seating and ways to have better seating for young learners. This topic matters to me because it has affected my learning in class. My project shows a before and after of chair design for classrooms. Project linked here.